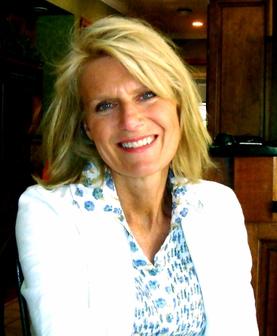 Martha Shinar was a mother and wife, a fighter and survivor, a friend and companion, conscientious and compassionate, beautiful and humble, loved and loving, a runner and an inspiration, she was life. She was taken from us, but not without a fight, one that went for over 20 years. Her life was changed forever when she was first diagnosed with a stage 3 breast cancer in January of 1992 at the age of 32. After her initial mastectomy surgery the surgeon was less than optimistic sighting the size of her mass, we were all very afraid. Then the pathology reports came back negative for any spread into her nodes. This is the news that fueled her through the subsequent chemotherapy sessions, second mastectomy and reconstructive surgeries. She was bound and determined to be a survivor, to watch her kids grow and enjoy life at every turn. Martha had always had the body of an athlete but had never put it to the test, truly challenging her limits. This led to her starting to run, it started with a half mile and soon one, then three. John and Martha signed up for her first run, the Susan Komen Race for the Cure in Chicago in 1997, an event that so inspired her as she ran with her fellow survivors and their supporters. The tears she shed over the last mile were ones of joy for the first time since her diagnosis she felt she was going to make it. Fully inspired she continued to run building up to 6 miles almost daily. Her first Komen in the Twin Cities was bitter sweet, she would have been the first survivor to finish that day, but she decided to stick with John, well you could say she did not fare as well! Then one day a friend challenged her to go 10 miles and she cruised through it. The same friend then pushed her to sign up for her first marathon. In a matter of months she went from 20 miles a week to 60! Martha proudly completed the Twin Cities marathon in 2001 in just over 4 hours. She would always say she was never concerned about her time, but it was the first thing she looked for after finishing a race, did I mention she was competitive! While she was proud of the 26.2 mile challenge, her love became the 10 mile and half marathon events. Her last two were the Grandma’s half in 2010 where she was 10th in her age group, and her final run the Securian Winter 10k run in January 2011 where she won her age group. Sadly, it was just a couple of months later that her breast cancer made it’s ugly return. In June of 2011 she was told her breast cancer had returned in her bones and lungs, a diagnosis that seemed so unfair. She had beaten this, it had been almost 20 years, she was healthy, a runner, how could this happen? God decided that her fight was not through, and she gave it everything she had. She started a weekly chemo regimen in late June, and by September was trying to run again, even if it was just a mile at a time. God she was strong, and had a will and fight that we all can only hope to have when faced with such an obstacle. By late fall she was doing better and was able to travel to Washington DC, California for the Ellen Show, and Florida with friends. In the spring of 2012 her disease took a bad turn and she began to worsen. She fought to attend her daughter’s graduation from college and it was that Martha fight that allowed her to get there. With oxygen and wheelchair in tow, she was not going to miss it. The disease continued to spread and eventually took her from us on June 27th, 2012. Her fight and the fight of so many like her told me that I could not sit idly by and not put up a fight of my own. I am dedicated to trying to eliminate this horrible disease, and never forget those that it has taken from us. Martha ran over a 1000 miles every year, I will never match or catch her, but I can make every mile count. Each mile is meant to honor this amazing woman, one that will forever be a part of so many of us. God Bless.